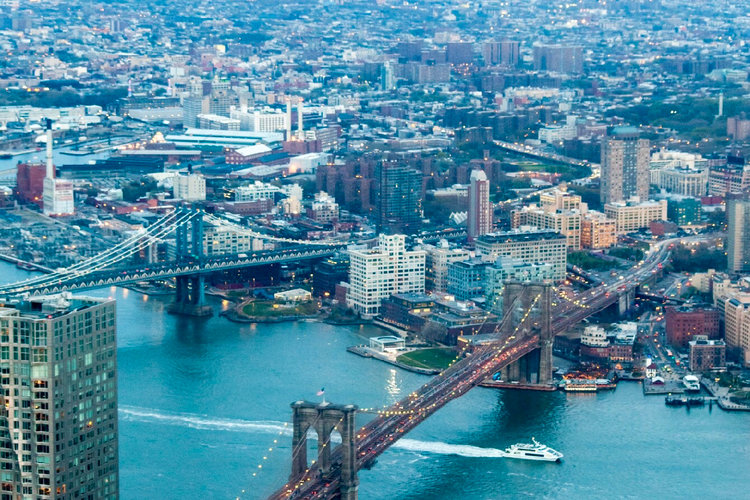 One of the most celebrated New York City landmarks adjacent to the Financial District is the Brooklyn Bridge. When the Bridge was first completed in 1883, it was the only overland passage between the boroughs of Manhattan and Brooklyn. The Bridge is nearly 6,000 feet long, and it was the first suspension bridge that used steel rather than iron in its cables.

Initially, the Brooklyn Bridge carried light rail and horse-drawn vehicles. There was also a separate course way for pedestrians and bicycles that continues to be open to this day. Cable cars ran across the bridge until 1909. Trolleys continued running on the bridge until 1956 when they were replaced by municipal buses.

The Brooklyn Bridge in the Movies

A number of movies have showcased the Brooklyn Bridge:

• “Splash”: In one of the most memorable scenes in the movie “Splash,” the mermaid Madison, played by Darryl Hannah, stands in front the Brooklyn Bridge and stares moodily at the Hudson River.

• “On the Town”: In the 1949 musical “On the Town,” Frank Sinatra, Gene Kelly and Jules Munshin sing in front of the Brooklyn Bridge as part of the montage that pays homage to New York City’s iconic attractions.