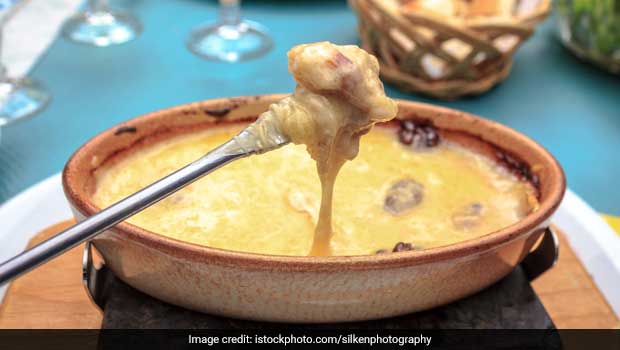 The French, German and Italian cantons that make up Switzerland don’t just contribute to the county’s linguistic and cultural diversity but also to the country’s wide culinary options. From Ticino, the country’s quintessential Swiss canton, to Geneva (that’s close to France) – I’ve travelled across this charming nation always in awe of their dense railway network. Aside from Swiss cheese and chocolate that is among the best in the world, there’s a lot to explore.

If you’ve ever read Asterix in Switzerland, you will remember the fun references to the Swiss obsession with cleanliness and fondue. This Swiss dish provides the perfect comfort on a cold winter’s day as I discovered in the charming resort town of Zermatt at the foot of the iconic Matterhorn peak. A large pot (the Swiss call this a caquelon) of melted cheese (typically a blend of gruyere and emmental) flavoured with garlic, white wine and mixed with corn starch is placed at the centre of the table over a low flame. All you have to do is pick a bread cube with a long-stemmed fondue fork and swirl it in the pot. 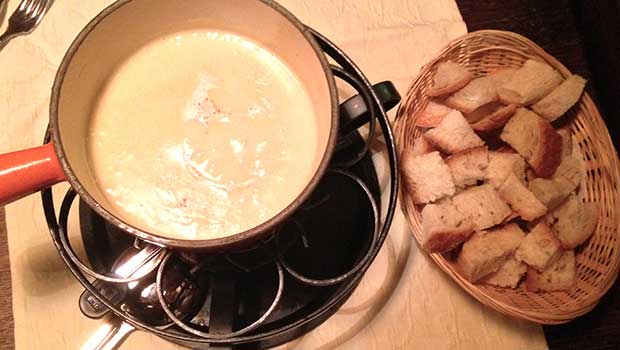 Air-dried meats are an integral part of Swiss culinary heritage. This version is produced in the Grisons or Graubunden canton – the largest of Switzerland’s 26 cantons. Meat is cured with white wine, salt and assorted herbs. The first curing process takes about 4-5 weeks before which the meat is hung out in fresh air during which time the residual moisture is removed by pressing the meat periodically. 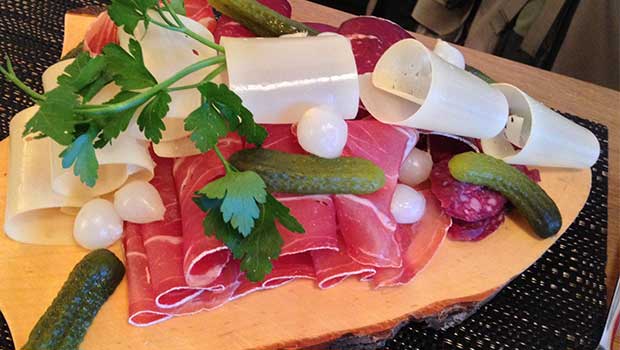 Another dish I first sampled in Zermatt was Raclette Cheese. This cheese used to be traditionally grilled over a slow fire. Now, most homes use a uniquely designed raclette grill that makes this cheese melt in layers. As each layer melts, you blanket it over accompaniments like pickled onions, vegetables, jacket potatoes and meat. You can buy a small version of the raclette grill at large supermarkets and try this once you’re back home.

It was Swiss physician Maximillian Bircher-Benne (hence, the name Bircher Muesli), who is credited with developing muesli for his patients as a healthy food option. While Muesli is available as a cereal option in supermarkets across India, this version that combines rolled oats with nuts, seeds and dried fruits is allowed to soften before consumption and is served cold. You will find this at most breakfast buffets in Switzerland and it’s also consumed as an evening snack.

Arguably the most popular dish from Switzerland, this potato-based staple is served at quite a few hotels in India. This is usually the first Swiss dish most of us sample. It’s incredibly simple – a flat, hot cake crafted with grated potatoes fried in warm butter (that is bound by the starch in the potatoes) till it turns a golden brown. The dish has traditionally been associated with the region around Bern, the country’s capital and is also served as an accompaniment with fried eggs. 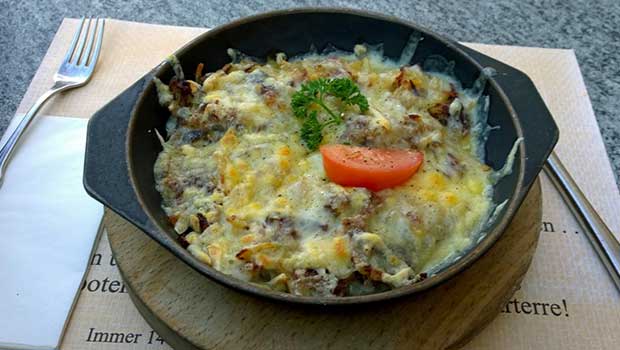 It was in St. Moritz’s high street that I first stumbled upon this scrumptious confectionery at Hanselmann, a popular local establishment with a century-old history. There are many legends that surround this crunchy, chewy pastry with a walnut filling. This rich treat might be associated with the Engadin Valley – popular for its ski resorts like St Moritz, but is available in other parts of the country too. The long shelf life (typically three months) allows you to carry it back home too.

The best Risotto I’ve tried outside Italy was at Lugano, the largest city in the Ticino canton and just over an hour’s drive from Milan. Almost all restaurants in this picturesque town serve delicious risotto and you will find a good saffron risotto in many parts of Switzerland.