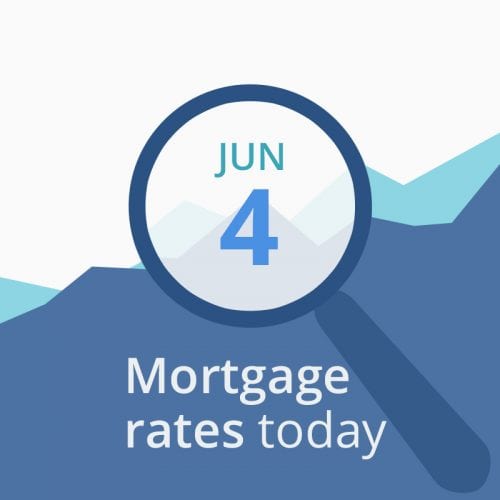 Average mortgage rates rose yesterday. It wasn’t a big movement but it took that average back up to last Thursday’s level. You have to go back to May 19 to find a higher one.

This won’t have come as a surprise to regular readers. Uncertainty is currently baked into markets. And, while we still hope to see new all-time lows in coming weeks, nobody should expect a smooth ride.

Naturally, few buying or refinancing will actually qualify for the uberlow rates you’ll see bandied around in some media and lender ads. Those are typically available only to people with stellar credit scores, big down payments and robust finances (so-called top-tier borrowers).

Still, before locking, everyone buying or refinancing stands to lose or gain when rates change.

When movements are very small, many lenders don’t bother changing their rate cards. Instead, you might find you have to pay a little more or less on closing in compensation.

Overall, we think it likely that the Federal Reserve’s going to drive rates even lower over time. However, there’s a lot going on here. And, as we’ve recently seen, the Fed can only influence some of the forces that affect mortgage rates some of the time. So nothing is assured.

And expect some rises along the way. Read “How the Fed’s helping mortgage rates,” below, to explore the essential details.

We can still see little relationship between mortgage rates today and activity in the markets they usually follow. So we’re publishing the following in the hope you have insights that we’re missing. Here’s the state of play this morning at about 9:50 a.m. (ET). The data, compared with roughly the same time yesterday morning, were:

Time was when we could use those markets to fairly confidently predict what would happen to mortgage rates on any given day. But those rates are for now divorced from those markets — and those markets are untethered from reality.

Having said that, Mortgage News Daily reckons that mortgage bonds are more closely tracking other bonds than they’ve been doing recently. And the other bonds that they traditionally shadow most closely are 10-year Treasurys.

We’re not yet ready to use the yield on those Treasurys to predict daily changes in mortgage rates. But you may decide to take your cue from them. If so, they’re the first item on the market data list, above. And they’re looking bad today.